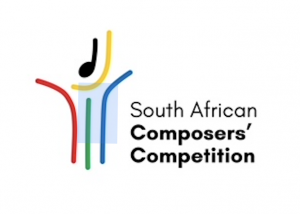 The Cape Town Philharmonic Orchestra (CPO), South Africa’s premiere professional orchestra, has launched an annual competition for young composers to develop skills and recognise talent in the local creative music industry.  The new competition for a short work of between five and 15 minutes for symphony orchestra will provide sought-after performance opportunities to composers.  Entry is free.

Says Louis Heyneman, the CEO of the CPO and the competition convenor, the new South African Composers’ Competition acknowledges the number of composers in South Africa, and is designed to allow more performance opportunities for South African composers.

The main prize is a one-year position as resident composer of the CPO.  The residency will include a performance of the winning work in a CPO symphony concert, as well as a new commission which will also be performed at a later date.  In addition, a cash prize of R20 000 will be awarded to the overall winner.  Second and third prizes include a cash award of R10 000 and R5000 respectively, with a performance of the winners’ compositions.

The competition is open to all South Africans, including permanent residents, not older than 35 years (born after August 31, 1987). Closing date for applications is close of business on August 31, 2022.

Five finalists will be chosen by a jury of distinguished composers, conductors and musicologists whose names will be announced later. The jury’s decision will be final.

The winner will be announced in October 2022.

Under normal circumstances, subscriptions are available through
Artscape Dial-A-Seat on 021 421 7695 or
Computicket online or by calling 086 1915 8000