READ ALL ABOUT THE NEW SEASON HERE

Says Louis Heyneman, the CPO’s CEO, “This series of concerts displays a carefully contrasted selection of artists and music which combines the well-known with exciting works not heard that often in Cape Town. We are delighted to present exciting new generation talents like Ye Eun Choi and Alexander Ramm along with seasoned professionals like Bryan Wallick and Sodi Braide.” On June 6, the CPO welcomes back the American pianist Bryan Wallick who will perform the Barber Piano Concerto with his compatriot Robert Moody, with whom he has shared a platform on several occasions in America. Wallick is the gold medallist of the 1997 Vladimir Horowitz International Piano Competition in Kiev, while Moody, music director of the Memphis Symphony Orchestra and the Arizona Musicfest has also been associate conductor, resident conductor and music director of a number of others in America. He will conduct Dvorak’s My Homeland and the Tchaikovsky Symphony No 4. At the second concert on June 13, the brilliant Russian cellist Alexander Ramm returns to Cape Town to perform the Sinfonia Concertante by Prokofiev. Ramm, silver medallist at the 2015 Tchaikovsky International Competition, is perhaps one of the most gifted and sought-after cello players of his generation. Arjan Tien, well known to Cape Town audiences and principal conductor and artistic director of the Marine Band of the Royal Netherlands Navy. will conduct the CPO in the overture, La Calinda, by Delius, and the Symphony No. 4 by Anton Bruckner. On June 20, the soloist will be the British pianist Sodi Braide born of Nigerian pianists who will return to Cape Town after more than 20 years to perform the Mozart Piano Concerto no 24. Sodi Braide’s first tour of South Africa was in 1994, two years before he won a prize in the UNISA International Piano Competition. On the podium will be Daniel Boico, Associate Guest Conductor of the KZN Philharmonic Orchestra. Boico was a finalist and prizewinner at the Prokofiev, Pedrotti, and Cadaques International Conducting competition; he will conduct the Capriccio Espagnol by Rimsky Korsakov and the Symphony no 1 by Kalinnikov. In the final concert, on June 27, the CPO will present the debut performance of the stunning Korean violinist Ye-Eun Choi, who will perform the Sibelius Violin Concert. Of Ms Choi, Anne-Sophie Mutter who discovered and mentored her says: “She ranks among the most talented of violinists.” Boico will conduct the CPO in De Falla’s Three-Cornered Hat and the Symphonic Dances by Rachmaninov. There will be a curtain raiser performed by the Cape Town Philharmonic Youth Orchestra, conducted by Brandon Phillips. All concerts take place at the Cape Town City Hall at 20:00. Tickets entitle concertgoers to attend, free of charge, the pre-concert talk at the City Hall at 19:15. Tickets from Artscape Dial-A-Seat on 021 421 7695 / Computicket online. www.computicket.com / call 0861 915 8000.. Subscriptions are available for all four concerts with a 15 per cent discount; an additional 5 per cent for Friends of Orchestral Music. More information luvuyo@cpo.org.za / 021 410 9809 or visit www.cpo.org.za/calendar

Unfailingly I come away struck by the magnificence of how individuals become a single unity and play..........just for me! That is how personal the relationship has become. “ Jilly, not able to make as many financial gifts to the orchestra as she would like to in her lifetime, took the decision, even before the launch of the Legacy Circle, to bequeath a portion of what she leaves behind as a meaningful legacy to help ensure that the orchestra continues to enchant, teach and endow Capetonians and visitors alike with their craft. “Join me in making a bequest to the Legacy Circle now. If I may paraphrase … the Cape Town Philharmonic Orchestra is ‘to die for’ !”

Although I had initial exposure to Masidlale and the CPYO when I worked with them for the Inyathelo Philanthropy Awards many years ago at the City Hall, after Leo performed with CPYO at the Reconciliation Day concert at Yellowood Primary School, Mitchells Plain, we talked about further outreach and Leo was eager to keep his ties to CPYO affiliated outreach such as Masidlale Project. Last year when we read that support was for Masidlale Project, was under threat,  this affected him. However small he wanted to do something as we hoped some of these children would ultimately move through the ranks and into the CPYO and be afforded the opportunity to further their musical exploration and development and perhaps even one day become professional musicians.  It seemed as parents, important to cultivate an attitude of giving, particularly when you have been given so much.”   Leo, now 16 and a member of The prestigious Young Artists Program (‘YAP’) at The Cleveland Institute of Music, has already donated his performance fee on three occasions to Masidlale … he was a soloist in the finals of the Len van Zyl Conductors’ Competition in 2016, in the Suidoosterfees festival last year and from a recital he gave for the Fish Hoek Music Society in March this year.
Newsletter: 30 April 20192019-04-302019-04-30https://www.cpo.org.za/new/wp-content/uploads/2019/03/asset-3.pngCape Town Philharmonic Orchestrahttps://www.cpo.org.za/new/wp-content/uploads/2019/03/asset-3.png200px200px 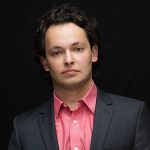