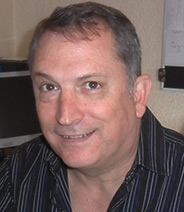 Faan Malan, who relocated to Cape Town after running the Kimberley Academy of Music and the SA National Youth Orchestra, is one of the most well-known and revered wind specialists in the country, and no stranger to education and outreach. He’s also no stranger to Cape Town, having been involved in the establishment of the Hugo Lambrechts Music Centre in Parow as head of the brass department. With a Master’s degree in Brass Teaching Method, he has taught at many places and played or conducted in many more, from the Free State Musicon and the then PACOFS Symphony Orchestra to the Mmabana Cultural Centre in Taung and Kimberley Boys High School. Faan and his wife, Kim, also a wind specialist, started the Kimberley Academy of Music, making a huge impact on the city and being asked to establish, for the provincial government, the Mayibuye Academy of Music in Galeshewe. Last year, they moved to Cape Town to open  “Music Matters” in Rondebosch, offering services in various aspects of the music industry.  They also established band programmes at DF Malan High School and Golden Grove Primary School. He is completing his Doctorate at the Central University of Technology.